Banswara, due to presence of numerous islands in the Mahi River, is referred to as ' The City of Hundred Islands'. Located in South Rajasthan, the place is popular for the marvelous "Mahi Dam". The city is rich in hills and wildlife. Banswara also has number of famous tourist spots like the Tripura Sundari, Abdulla Pir, Cheench, dams, lakes and lots more. 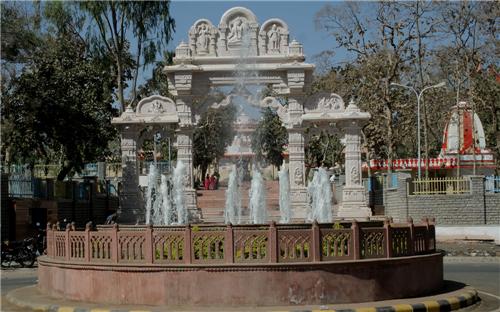 Situated about 3km from the town, the Anand Sagar Lake is said to have been built by Lachhi Bai of Idar, Rani of Maharawal Jagaml. The cenotaphs or the chhatris of the former rulers of the state are located close by. "Kalpa Vriksha" a holy tree which are said to fulfill the desires of visitors is also situated close to the lake.

Cheench is a popular 12th century old temple of "Lord Brahma". The temple has a black stone statue of Lord Brahma. 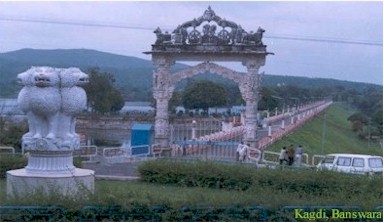 Kagdi Pick up Weir located3km from the city on the Ratlam Road is a major tourist spot in Banswra. The place is mainly famous for its gardens, fountains and water, spread over a wide area.

The lake which is located just 1km from the main city is covered with beautiful lotus flowers. Badal Mahal, the summer residence of the erstwhile rulers is located on the banks of the lake. Boating facilities are also available in the lake.

It is a very beautiful 16th century palace spread over a large area which depicts the beautiful old Rajput architecture. The palace can only be visited on invitation as it is still owned by the royal family.

It is a famous temple of Lord Shiva. The temple is just 4kms from the city. It is situated inside the natural cave of a high hill on the eastern part of Banswara. It presents a mind-blowing natural view. Due to its typical location, the cave temple gives an Amarnath Yatra like feeling to the devotees. Rudra abhishek Pooja is held in the temple during Maha Shivratri.

The Dargah of Abdul Rasul is situated about 3km on the southern part of the city. The place is also known as the "Abdulla Pir".  Every year "Urs" is taken place at the Dargah and its very famous with the masses. Bohara community people take part in it in large numbers.

Ram Kund is also called Phati Khan as it is a deep cave under a hill. The place is surrounded by hills. A pool of very cold water can be found here throughout the year. It is believed that Lord Ram came and stayed here for some time during his exile. The Kund is 25 kms from Banswara. 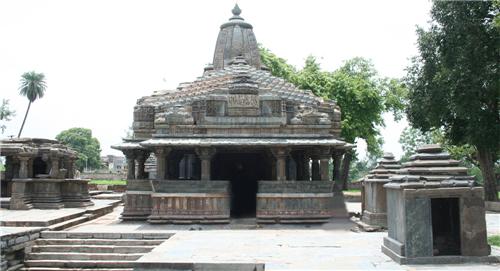 Arthuna is the major attraction of Banswara and the place is also of great archaeological importance. The 11th and 12th centuries old complex of ancient temples is also located here. In the earlier times Arthuna, was the capital city of the Parmar rulers. Arthuna is also known as the village of old and broken temples. The place is located about55kms from Banswara.

Andeshwar is a very popular Jain temple that houses rare Shilalekhs of the 10th century. The temple is located 40km from the city.

Bhim kund is beautiful scenic spot in Banswara. It is said that the Pandavas stayed here, during their exile. There is a tunnel which people believe that it connects Ghotiya Amab, a far off place. It is believed that the Pandavas used this tunnel as their passage during the rainy season.

It is a popular ancient temple of the Lord Amaliya Ganesh, Sun God, Dwarka Dhish temple, Laxmi Narayan Temple and Jain temple of Sambharnath. Number of Sompura sculpture artists can be seen carving stones on the roadside in Talwara. The place is located 17km from Banswara.

This is a famous Shiv temple built by the king Mandalik in the 12th century.

Mahi Dam, constructed on the Mahi River is one of the major attractions of Banswara. Number of dams and canals has been constructed over an enticingly enchanting scenic surrounding constructed under the Mahi Bajaj Sagra Project. There is a beautiful garden with fountain near the dam.


Explore more about Tourism in Banswara