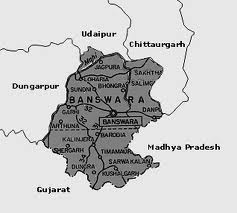 Banswara is in located in south Rajasthan at an average altitude of 302 metres above sea level. It lies between 23.11° North to 23.56° North latitude and  73.58° East to 74.49° East longitudes. Banswara is bounded by by Ratlam district of Madhya Pradesh in the east, Sagwara and Aspur tehsils of Dungarpur district in the west, Dhariawad tehsil of Udaipur district and Pratapgarh district in the north and to the south lies the Jhabua district of Madhya Pradesh.  Banswara also shares its boundary with Panchmahal district of Gujrat on the south-west.

The entire region depicts a rugged terrain undulated by short ridges on the west of Banswara. The eastern part of the region is occupied by flat-topped hills of the Deccan trap. The Aravalli mountains also lies in the southern end of the region. The Mahi river is major river in Banswara and the drainage system of the region belongs to this river. The origin of this river is from the Amjera hills near Dhar in Madhya Preadesh. The main tributaries of this river are Anas, Chanp, Hiran , Erav and Kagdi.

Banswara has a milder climate compared to that of west and north Rajasthan. The summer here starts from the month of March and last till the month of August. The temperature during the summers remains quite high. The summers in the area are extremely hot and exhausting .During this season the temperature hovers between 25° C to 45° C.

Flora and fauna in Banswara 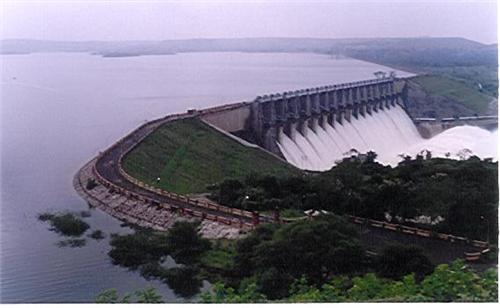 Banswara is rich in flora and fauna. About 20% of the total areas comprises of forest land. Teaks are found in the forests of Banswara in abundance. However few crops grown here include Wheat, Maize, Gram, rice and soya bean.

A large variety of wild animals are also found in the region which includes chinkara, leopard, squirrels, snakes, Ronj ,lizards, and four horned antelope. Panthers can be rarely seen in the region.